- Towards a Sustainable Arctic Future 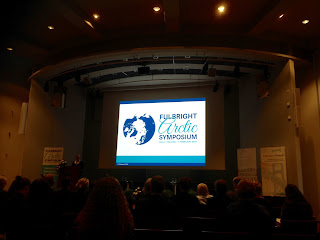 As I am studying Arctic Law and Governance in a two-year program called Master of International and Comparative Law I am very keen on Arctic issues. Last week we got a bus ride from Rovaniemi to Oulu and back with a great opportunity to participate in the Fulbright Arctic Symposium.

The Arctic Symposium was held at the Saalasti Hall of the University of Oulu last Thursday. It gathered together people concerned in the arctic issues from all around the world. The atmosphere in Oulu was, besides arctic, also very warm and welcoming. Naturally the arctic states were represented at the event but especially North America. We even got a video greeting from the United States Secretary of State John Kerry. The Ambassador of the USA to Finland Charles C. Adams Jr. strongly highlighted the importance of the climate change and the global warming as one of the biggest threats for the future as stated by the President Obama himself.

Besides climate related matters, there were many other important subjects concerning a great variety of arctic issues brought up during the long day, for example Arctic education, both physical and mental health of the population living in the Arctic as well as suicide prevention, fishing in the high seas, security with a low risk of military conflict and communications in the area etc. The significance of the Arctic Council, the work they do in the working groups and the role of indigenous peoples in it was often referred to.

In the 60’s researchers tried to find out how the arctic species can survive in cold and harsh conditions and nowadays they are researching that how these species can survive in the warming conditions. The solutions to the challenges in the Arctic are interaction, building capacity for monitoring, research and education across borders and generations.

The Fulbright Arctic Initiative has seventeen scholars and two co-lead scholars in three thematic working groups that concentrate on water, energy, health and infrastructure, which all presented their work. They talked about energy sustainability at both regional and national level, community well-being, inclusion and benefit sharing with the indigenous people, biotic and economic responses to increased freshwater delivery to the Arctic Ocean, evaporation, circumpolar health and wellness, renewable energy development, the grid front and adverse childhood experiences.

There was also a lively conversation during the panel discussions. During the whole day everyone seemed to agree on one thing: Strengthening international cooperation and research collaboration is essential because arctic cooperation makes sense only with all the arctic states participating. Science knows no boundaries! 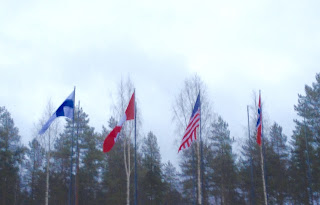 Even though I liked the event I was disappointed in one thing. Sami Rap Artist Ailu Valle was supposed to perform at the Symposium but for some reason he didn’t. I have seen him rap once before and was looking forward to see him again.

Nevertheless the Symposium’s message was clear: Think the unthinkable and Towards a Sustainable Arctic Future! 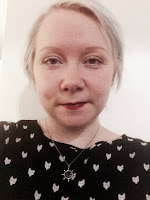 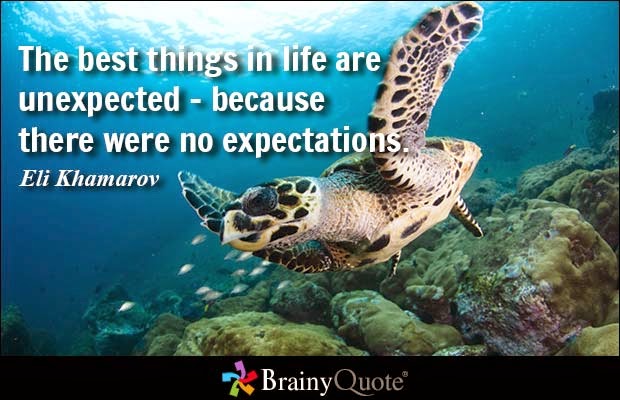 HEADLINE OF THE DAY / PÄIVÄN OTSIKKO